A new outsourcing agreement sees Arla giving NNIT responsibility for its IT infrastructure, operations and support from 1 July 2013 and five years on.

Six months of constructive negotiations have resulted in Arla and NNIT signing an agreement on 9 July 2012 which will involve NNIT delivering IT infrastructure, operations and support to Arla for a period of five years as of 1 July 2013. There is also an option to extend the agreement for up to a further three years.

The agreement between Arla and NNIT is worth a nine-figure sum in Danish kroner over the five-year period and also involves a two-figure number of employees moving over to NNIT. This agreement thus becomes one of the biggest outsourcing agreements that NNIT has ever entered into, alongside DSB’s decision to outsource all of its IT operations to NNIT in April 2012, among others.

NNIT’s CEO, Per Kogut, is delighted about the agreement, commenting:

“Arla’s decision to entrust us with this core task represents a significant acknowledgement for NNIT, and we are highly respectful of our task to ensure high quality, security and stability in Arla’s IT operations. We look forward to developing a close and intensive partnership and to welcoming a number of new and talented employees as part of the agreement. The agreement also represents yet another important milestone for NNIT, and it illustrates our ability to secure very large IT contracts as a result of our experience and competencies.”

The new agreement will see NNIT providing Arla with a range of fundamental IT services, thereby safeguarding a significant part of the foundation for Arla’s administrative IT operations. This includes:

“We have ascertained that NNIT has presented the most attractive offer for the best price and the best quality. We look forward to working with a company which has a reputation for focusing on delivering quality, and which we believe is the ideal partner for the task at hand. Arla will also become an important client for NNIT.”
Leading up to the commencement of the agreement, Arla and NNIT will continue their dialogue and ensure that everything is in place to deliver an efficient transition on 1 July 2013.

About Arla
Arla Foods is a global dairy company and a co-operative owned by Danish, Swedish and German dairy farmers. Arla has production facilities in 13 countries and sales offices in a further 20, and employs a total of more than 17,000 employees. Arla achieved a net turnover of just under DKK 55 billion in 2011, with a net profit of DKK 1.3 billion.

NNIT is an international IT service provider offering IT consulting and the development, implementation and operation of IT solutions. We create value for our private and public sector customers by treating their IT as if it were our own. We use IT to support our customers’ daily operations and help them to achieve their business goals. Owned by Novo Nordisk, NNIT employs more than 2,200 people. In 2013, our turnover was DKK 2.2 billion.
www.nnit.com

Prior to publication, it must be approved by NNIT. 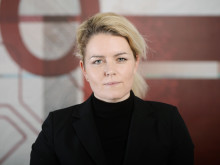 Coop Danmark A/S and NNIT A/S have just signed an agreement which gives NNIT responsibility for the future operation of Coop’s SAP platform. The agreement will run for the next five years and is worth an amount in the double digit million range. Under the new agreement, NNIT will be an important vendor for “sCoop”, Coop’s new SAP programme one of Denmark’s largest ERP implementations.

DSB outsources all IT services to NNIT